Mark 11:22 says: “And Jesus answering saith unto them, Have
faith in God.” Most Christians SAY that they have faith. But, most
often we find that that is not exactly true with many. When the trials and
tribulations of life come and hit real hard I find so many struggle concerning
real faith. A simple definition of faith is: a belief that something is true
and that ‘belief’ prompts the individual to action. Now, there are four kinds
of faith we want to look at.

One is a faith that is believing in something that is a lie. This type of faith (which is actually a very real and strong faith) is revealed in the many religions in this world where the adherents of those religions have this kind of faith. They believe it so strongly that they are willing to strap explosives to their body and go out into a crowd, blowing themselves to pieces, along with others, all the while believing completely that by doing so they will obtain Paradise. The trouble is, they have faith, but it is faith in a lie. They are absolutely convinced that what they are doing is the  truth. Their faith is real faith, but it produces a result directly opposite from what they have believed.

The second type of faith is what I call “hyper faith”. It is a trust that faith alone (or just believing by itself) is what will cause something to happen. In other words, “Just believe and it will happen. My belief is going to make it happen.” We do not believe that way. No! Faith by itself (a believing that something will happen just because you’re believing it to be so) is not biblical faith. Pretending and “make believe”, not matter how strongly believed, no matter how much the “believer” is saying he/she is believing in God, is self delusion, it is lying to yourself. This person is having faith IN their faith. It is not Biblical faith. Many people have gotten angry at God when nothing happened when it was not His fault at all. God, and we, do not believe in “hyper faith”. It is a false faith.

The third kind of faith is faith that I call “wavering faith”. This is when a person is trying to believe God for something, but they still have so much unbelief in their minds that they cannot completely believe. One minute they believe and the next they are FULL of doubt. Their words show that their faith is not real. One minute they are quoting scripture to beat the band. Then the next they’re either saying the negative or allowing someone else to tell them “You can’t believe that faith stuff. Besides God doesn’t do miracles anymore. All that passed away when the Apostles died. And, remember, how can you believe God when you don’t know if it is God’s will to heal or bless at this time. He’s probably got other things in mind for you. He’s going to allow you to suffer so you’ll learn to be humble. You just can never tell with God...sometimes He does and sometimes he doesn’t”. Well, the Bible is very clear with this person’s faith: “For let not that man think that he shall receive any thing of the Lord” (James 1:7).

The fourth kind of faith is Biblical faith. The Bible is very clear what real Bible faith is. Hebrews 11:1 says this: “Now faith is the substance of things hoped for, the evidence of things not seen.” Hebrews 11:6 goes on to further describe Biblical faith: “But without faith [it is] impossible to please [him]: for he that cometh to God must believe that he is, and [that] he is a rewarder of them that diligently seek him.” Biblical faith is believing in the God of the Bible and absolutely believing that He will do what He says He will do. So, that’s why Jesus made the above statement: “And Jesus answering saith unto them, Have faith in God.” And, how do you get to the place where you have “faith” in God. Romans 10:17 says: “So then faith [cometh] by hearing, and hearing by the word of God.” You have to “build” your faith. You build it until it absolutely and positively believes that God WILL do what He says he will do. Then, that’s when HE will allow it to come to pass. You will have your miracle. God Bless you. We love you. 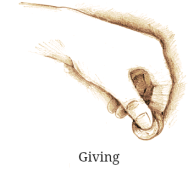